A team of leading Australian scientists believe they’re on the cusp of developing a drug to save people from deadly strokes using a common Australian bush tick.

The team has received a grant from the Australian Government’s Targeted Translation Research Accelerator (TTRA) program to continue their project that’s been five years in the making, after they discovered the saliva of the bush tick – found in places such as Sydney’s Northern Beaches – could be key to developing anti blood clotting drugs.

“Ticks have a bad reputation. They carry parasites, but they do make really, really important bioactive molecules we can use for medicine,” Professor Payne, Deputy Director of the university’s ARC Centre of Excellence for Innovations in Peptide and Protein Science, says.

About 85 per cent of strokes are caused by a blood clot restricting blood flow to the brain, also known as acute ischaemic stroke (AIS).

“Currently there is only one drug therapy for stroke, a clot-busting drug called tPA. Unfortunately, tPA helps less than 10 per cent of all stroke patients and there is an urgent need to find new anticoagulant therapies that can improve the clot busting function of tPA,” Professor Jackson says.

“Anticoagulant agents that we use in the clinic have been trialled with tPA, however they increase the risk of bleeds on the brain, which can be catastrophic – half of patients will die and many of those who survive will end up in nursing homes.

“Stroke is a huge, huge problem clinically, so the need for drugs like Professor Payne is working on is extremely high.”

“This assay didn’t look like anything I’d ever seen before, and I’ve been looking at these since I was a medical student.

Professor Payne says his team have created more than 50 molecules over their years working on the project.

“We were longing for this activity and went ‘here it is’,” he says.

Professor Jackson has been working on clotting issues for his whole career, spanning more than 20 years.

“One thing that struck me is how little money is spent in innovation in stroke,” he says.

“It’s a massive problem globally, but we’re not getting the message out there.

“We see enormous opportunity, but there just hasn’t been the focus on innovation like there has been with cancer.

The TTRA program, delivered by MTPConnect, is a $47 million Medical Research Future Fund initiative that provides up to $750,000 in research projects funding to nurture innovative preventative, diagnostic, therapeutic and disease management products/solutions for diabetes and cardiovascular disease.

If this phase of the project proves successful, the team will seek further funding to move to phase one trials in humans.

This research appeared in The Australian, 28 September 2021. 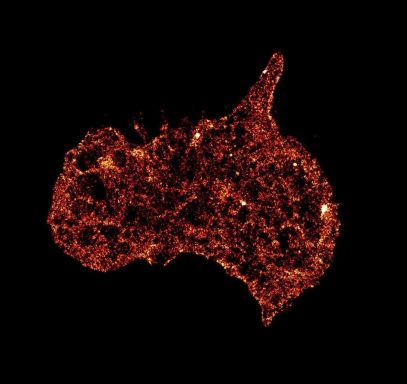 Help us to make a long-lasting difference by donating now.