HRI is delighted to welcome Dr Christopher Stanley as lead of the Microvascular Research Group.

Dr Stanley’s research will investigate the role of inflammation in blood pressure related disorders, with a particular focus on understanding sepsis and septic shock.

Sepsis occurs during the body’s attempt to kill unwanted bacteria; for unknown reasons, the body overreacts as it mounts its immune response. The dysregulated immune response drives a strong inflammatory response that starts to affect the blood vessels, causing them to uncontrollably dilate and leak. This then leads to low blood pressure, putting a patient at risk as the body can no longer circulate blood to the muscles and vital organs such as the brain.

Dr Stanley’s research at HRI aims to understand how the immune system and the inflammatory response impact blood vessels and how this leads to uncontrollable decreases in patient blood pressure.

“We see it plays a role in atherosclerosis, in hypertension and in heart attack patients, but we need to understand so much more.”

Originally from the UK, Dr Stanley began his research with appointments at Oxford University and Nottingham University. Inspired by Professor Roland Stocker’s work in inflammation and diseases of the cardiovascular system, he moved to Sydney, Australia to join Professor Stocker’s research laboratory in 2014.

“Professor Stocker has a world-class research reputation. He’s very highly regarded, and I wanted to be around someone who did great science.”

With over 120 other researchers at HRI, Dr Stanley will join an environment where the exchange of knowledge among experts in different fields plays a key role in advancing cardiovascular research.

Dr Stanley’s immediate focus at HRI is to bring to his laboratory a new level of technology for observing how arteries work that will be the first of its kind in Australia. This technology blends four tried and tested disciplines into one piece of equipment and is currently only available in a small number of labs throughout the world. It enables the scientist to build a comprehensive picture of how the artery “works”.

With his new laboratory, Dr Stanley will be able to continue his investigations to determine the impact of inflammation in cardiovascular decline associated with sepsis, with the ultimate aim of developing novel, currently unavailable, therapeutic strategies to treat low blood pressure associated with sepsis. By further understanding how inflammation impacts the cardiovascular system, Dr Stanley’s research has the potential to have a beneficial impact on a wide range of diseases that affect blood pressure and the cardiovascular system. 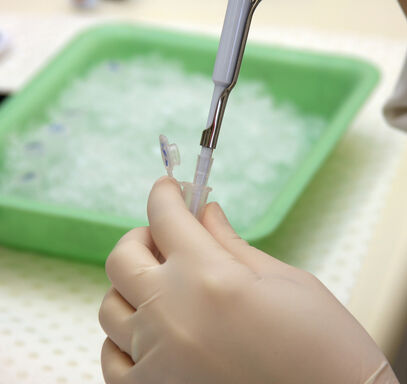 Our mission is to determine the impact of inflammation on the structure and function of the arteries which have a key role in controlling blood pressure.