The landmark discovery by the Heart Research Institute in Sydney paves the way for a cheap, simple and effective treatment regime that could protect thousands of Australian heart patients from future attacks that might kill them or further damage their heart.

The find has been published in the prestigious Journal of the American College of Cardiology: Cardiovascular Imaging.

“We were able to show that over a year of treatment, this drug is able to stabilise coronary plaque – the waxy build up in the arteries – potentially protecting the sufferer from another attack or other major heart event,” explains Associate Professor Sanjay Patel, Group Leader at the HRI. “This is the strongest indication yet that we have a brand new potent therapy in the pipeline that will dramatically improve the outlook for heart patients.”

Associate Professor Patel and his team investigated new treatments for acute coronary syndrome, a sudden and life-threatening condition in which the coronary blood vessel is blocked, triggering a heart attack or severe chest pain associated with unstable angina.

The condition, most commonly caused by atherosclerosis or thickened arteries, is often diagnosed on the operating table following a major heart event. Patients are closely managed in hospital but new treatments are still desperately needed to reduce the risk of future attacks.

The team initially tested out the hypothesis in 83 patients who were given one dose of the drug to see its effects on key inflammatory cytokines, substances that drive inflammation and disease progression. “Patients with acute coronary syndrome have higher levels of these cytokines that work to trigger the dangerous inflammation around the heart,” the specialist explains. “We discovered that colchicine has a striking ability to suppress the release of these cytokines, effectively stopping inflammation in its tracks.”

The newly published research takes this discovery to the next level, testing the drug over a year in a study involving 80 patients who had recently suffered from acute coronary syndrome. Half were given standard treatment while the other half had standard treatment plus 0.5 milligrams of colchicine daily.

“Excitingly, we found that, when used over a year, colchicine therapy actually stabilises coronary plaque, making it less vulnerable and therefore less prone to rupturing and suddenly blocking a heart artery,” Associate Professor Patel says. “That’s a huge step up from simply proving that it helps with inflammation.”

Importantly, a particularly dangerous component of coronary plaque called low attenuation plaque, that has been clearly linked with adverse coronary events, was significantly reduced by colchicine. Associate Professor Patel says results are all the more significant as they occurred even for patients on blood thinners and high dose statin therapy, the current standard of care for plaque stabilisation.

Despite the strong findings, it’s still too soon to recommend colchicine use for heart patients. “Our next step is to run a randomised controlled clinical trial to give a more definitive result,” the specialist says. “We are also doing further mechanistic studies to better understand colchicine's anti-inflammatory effects in the setting of acute coronary syndrome.”

The study was carried out in collaboration with researchers from Royal Prince Alfred Hospital, the University of Sydney and the Catholic University School of Medicine, Santiago. 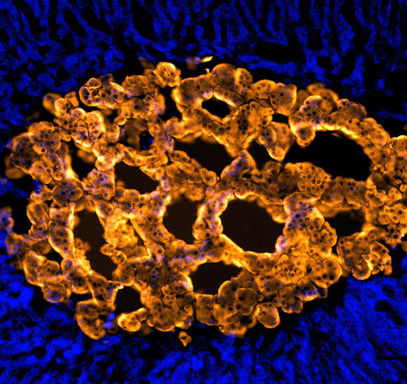 Our mission is to reduce death and disability associated with heart and lower limb arterial disease by reducing atherosclerotic plaque build-up.