The Heart Research Institute (HRI) has launched an international drug discovery project investigating the development of a photo-responsive therapy for ischaemic stroke. This exciting new project is supported by a grant funded by HRI NZ donors to advance research into cardiovascular disease.

Dr Xuyu Liu, leader of HRI’s Cardiovascular-protective Signalling and Drug Discovery Unit, is collaborating with Dr Wanting Jiao of the Ferrier Research Institute and Dr Kai Chen of the Robinson Research Institute of the Victoria University of Wellington (VUW), New Zealand on this project. The team answers some questions about their research.

What impact does stroke have in New Zealand and Australia?

Stroke is a leading cause of death and disability in both New Zealand and Australia, and worldwide. Stroke affects an estimated 11,000 New Zealanders every year – that’s at least one person every hour – and is New Zealand’s second biggest killer. More than 30 per cent of surviving stroke patients have a functional disability even after treatment and require long-term health care and support. In Australia, stroke costs the economy $26 billion per year (considering both mortality and loss of wellbeing due to illness and disability), indicating that it has a massive impact on society.

Why is it important to develop new treatments for ischaemic stroke patients?

There is only one pharmaceutical agent that is currently approved for clinical treatment of stroke. Tissue plasminogen activator (tPA), also known as Alteplase or Tenecteplase, works by activating an enzyme called plasmin that breaks up the clot, leading to recovery of the blood supply to the brain. However, tPA needs to be given within 4.5 hours after symptoms start – a narrow time window that is very difficult to achieve in rural or remote areas. Even if it is delivered within the correct time window, the success rate is less than 40 per cent.

How do thrombin inhibitors work, and why do they cause side effects if given to a patient who has had a stroke?

Thrombin is an enzyme that is normally activated when blood vessels are damaged, leading to the formation of blood clots that prevent excessive bleeding. However, thrombin can also become activated in abnormal situations; this happens during ischaemic stroke, when an abnormal clot forms and blocks a brain artery.

How does a photo-responsive drug work?

We are working to develop new thrombin inhibitors that are photo-responsive. Photo-responsive drugs are based on an emerging concept in medicine, called photo-pharmacology. This field of medicine uses the energy of light to activate or deactivate a light-sensitive drug, resulting in precision therapy. Our overarching goal is to develop a thrombin inhibitor that is sensitive to light, allowing clinicians to use the energy of light to control when and where it is activated. We want clinicians to be able to turn on the thrombin inhibitor exactly where it is needed – at a blocked blood vessel – but turn it off elsewhere in the body where it is needed for normal clot formation.

Are photo-responsive drugs being used at present?

Photo-pharmacology is a cutting-edge concept. So far, it has been translated to the treatment of neurodegenerative diseases and cancers, but there are no clinically approved drug designs based on the concept.

We are the first team to implement photo-pharmacology for stroke research.

What difficulties need to be overcome to develop a new photo-responsive treatment?

Developing a new drug takes many years of effort. In this case, we need to design a molecule that has several different properties – it needs to be a good thrombin inhibitor but also respond suitably to light. The grant funded by HRI donors will allow us to develop a technology platform where many different molecules are screened, before the best candidates are synthesised and characterised to understand how they work as thrombin inhibitors and how they respond to light.

Later on, it will be necessary to use a light source to supply the correct wavelength of light to the correct part of the body. Some technologies have already been developed to help with that aspect, such as minimally invasive optical fibres or LED patches.

How will the collaboration between VUW in New Zealand and HRI in Australia advance this project?

The grant funding will allow us to bring together a multidisciplinary drug discovery team. Each of us contributes essential skills to this collaboration, making it a truly unique approach to stroke treatment.

Dr Wanting Jiao, a computational biochemist at the Ferrier Research Institute (VUW), will use computer-based modelling to screen candidate molecules. This will allow us to examine more molecules and save time during the screening process.

Dr Xuyu Liu at HRI will synthesise the best-performing candidates from the screen and assess their ability to act as thrombin inhibitors.

Dr Kai Chen at the Robinson Research Institute (VUW) will use cutting-edge laser technology to assess the ability of the candidate molecules to respond to different wavelengths of light.

What do you hope will be achieved at the end of this two-year project?

After two years, we hope that the computational analysis will be complete and we will have identified a strong lead candidate to pursue further. This would allow us to apply for future funding to take the lead candidate to the next stage of drug development. We also hope to have a platform set up for comprehensive analysis of photo-responsive drugs, which can be used for new stroke treatments and potentially for other cardiovascular diseases in the future.

The close collaboration between our teams will lead to a strong student exchange program between research groups in New Zealand and Australia. Our students are keen to learn new skills through working with research teams that have very different areas of expertise. This student exchange program will benefit New Zealand and Australia long after the grant has finished.

Header image: Members of the Cardiovascular-protective Signalling and Drug Discovery Unit at HRI 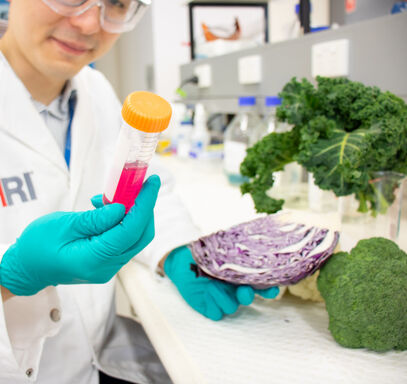 Our mission is to repurpose existing drugs for next-generation cardiovascular disease therapy.